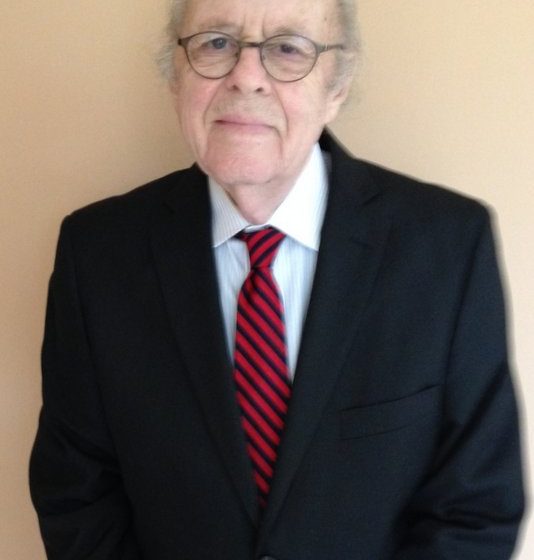 Home » Who We Are » Emeritus Trustees » William Birge

Mr. Birge holds a BSME from Wayne State University and a MS in Automotive Engineering from Chrysler Institute of Engineering and is a licensed Professional engineer in the State of Michigan. He began his automotive career at Chrysler Corporation as a chassis engineer.

He then worked for Kelsey Hayes Corporation and was responsible for the design and development of a wide range of chassis components for passenger car, heavy trucks and off-road equipment. He made major technical contributions toward the development of disc brakes for the U.S. market and for anti-lock brake systems for passenger cars and heavy trucks and was granted nine patents in these fields. He completed his tenure at Kelsey Hayes as the V. P. of Engineering.

In 1975, Mr. Birge joined the Bendix Corporation as the V.P. of Engineering of the Bendix Automotive Control Systems Group in South Bend, Indiana. He was responsible for all brake and steering systems engineering and the Bendix Automotive Proving Grounds. He was promoted in 1980 to V.P. of Technology and Chief Technology Officer for the Bendix, (later Allied Signal), Worldwide Automotive Sector. In this capacity he was responsible for the coordination of 24 engineering centers around the world and the establishment and management of the Sector’s R&D center. He retired from this position in 1988 to engage in technical consulting for another ten years.

During his Bendix employment he also continued to be very active in SAE including Director of the SAE Board of Directors, Chair of the Technical Standards Board, Founding Chair of both the Board’s Computerization Committees and ITS Program Office, member of the Bylaws Committee, and Trustee of the SAE Education Foundation. He also spent almost ten years as a Director on the American National Standards Board of Directors and led the effort to establish ANSI’S first strategic plan.

From 1988 through 2000 Mr. Birge served as a private consultant to the automotive industry, including serving on several technical software company boards and a technical advisor to an automotive aftermarket board. During this period he continued his volunteer activities as a Trustee of the ESD Education Foundation, was an ABET visitor for the Accreditation of Manufacturing Engineering, and a member of the engineering college Advisory Boards for Western Michigan U. and the Wayne State University. He also served on the SAE Foundation from 1995 to 2008.

Currently Mr. Birge continues to be active in a number of volunteer capacities, including serving as Director for the Universal Technical Institute Foundation, Recycle Ann Arbor, and SAE Foundation of Canada. He also was an active member of the ESD Fellow Committee and the SAE Agnew Award Committee. He maintains membership in SAE and ESD, ASEE and NSPE and continues as a registered Professional Engineer for the State of Michigan

Mr. Birge is a Fellow of both SAE and ESD and his awards over his career include the Wayne State University Engineering Hall of Fame Award, the SAE Medal of Honor, the Delco Electronic Intelligent Transportation, and SAE Foundation Ableson Award for Visionary Leadership, the ANSI Leadership Award, and the ESD Distinguished Service Award.