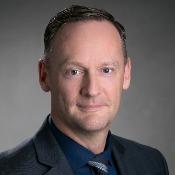 Dan Nicholson was appointed General Motors Vice President Global Propulsion Systems in December 2014 and became Vice President of Electrification, Controls, Software & Electronics in 2019. Prior to that, Dan was the Executive Director for Global Powertrain Embedded Controls at GM. In that role Dan ran the day-to-day operations of the global engineering team responsible for all powertrain controllers and software as well all powertrain calibration.

Nicholson began his career with General Motors as a co-op student at Buick Motor Division in 1982. He has an extensive background in Product Engineering and subsequently progressed through a series of leadership positions including engineering group manager, director of controller integration, director of engine calibration, chief engineer for V8 engines, managing director of GM Powertrain-Germany GmbH where he led all powertrain operations for the country unit, and Vice President of Global Quality.

Nicholson is also the President of FISITA, and a director of the Engineering Society of Detroit.