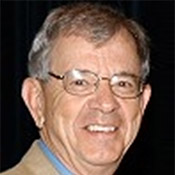 Home » Who We Are » Emeritus Trustees » Donald W. Ableson

Mr. Donald W. Ableson retired from General Motors in 2002 after a 47 year career with the company.  During that time, he held executive positions in several GM groups, starting with Fisher Body Division and ending with North American Operations.  During his career, he headed up Facilities Engineering, held many different positions in manufacturing including stints as Plant Manager of several plants, and ended his GM career as Executive Director of Specialty Vehicles.