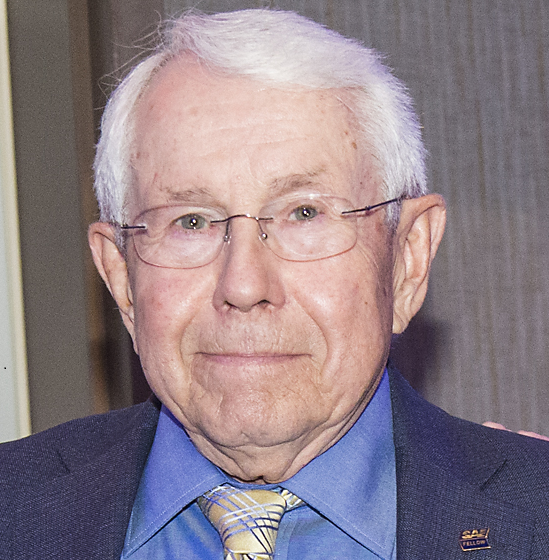 Home » Who We Are » Emeritus Trustees » John Leinonen

Shortly after beginning his engineering career at Ford in 1960, John Leinonen was called to duty by the Air Force to work on the Titan intercontinental ballistic missile. He completed his duty with the Air Force and returned to Ford in 1963 where he remained until retiring in 1995. John began his career working in light truck product development before becoming an Executive Engineer for Ford Production Vehicle Safety and Compliance, directing all safety and compliance initiatives. He also served as a Vice President at Exponent, Inc.

Mr. Leinonen made significant contributions in automotive safety, playing a pivotal role in the establishment and execution of Ford’s FMVSS compliance, defect prevention and related analysis activities. His dedication to championing innovations in safety technologies has earned him the respect of his peers and the automotive industry. He was a key industry spokesperson on future needs in automotive safety and was Ford’s key spokesperson nationally on the importance of seat belt use and the incremental benefit of airbags in injury and fatality reduction.

He served on the Foundation Board of Trustees from 1993 – 2009 and also served two terms on the SAE Board of Directors (1988-1990 and 1994-1996). He is an SAE Fellow who served as SAE President in 1995 and was primarily responsible for opening the door for SAE India, which eventually became SAE International’s second affiliate. He was also co-chair of SAE’s Centennial Program Committee. Mr. Leinonen spends his time in Virginia and Arizona.