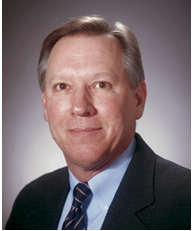 Richard E. “Ric” Kleine is retired executive from Cummins Inc, where he worked for 33 years.  At Cummins he held various leadership positions in engineering and marketing in the US and the UK.   Kleine joined Cummins in 1981 and was Vice President, On Highway Business for Cummins Inc at his retirement.

He served as SAE International’s 2011 President, Vice President-Commercial Vehicle Sector and member of the Board of Directors from 2008-2010.   He has served on numerous SAE committees including chair of the Executive Nominating Committee, Commercial Vehicle Executive Council and the Buckendale Lecture Committee.

Kleine has Bachelor and Master of Science degrees from Indiana State University; and a Doctorate from West Virginia University. He is an SAE Fellow, SAE Member Emeritus and a member of SAE International since 1986.