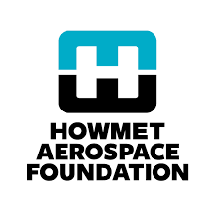 Howmet’s strong commitment to the Cleveland community and to STEM education is exemplified in their support for the Cleveland Metropolitan School District (CMSD). The Howmet Aerospace Foundation (formerly known as the Arconic and Alcoa Foundations) has supported the A World In Motion® (AWIM) for CMSD elementary school students since 2007.

The program began as a summer camp but the district quickly saw AWIM’s benefits and wanted to implement AWIM into its science curriculum. With the support of the Howmet Aerospace Foundation, this wish became a reality

In addition to funding, Howmet provides the opportunity for employees to volunteer. These passionate, energetic volunteers make an enormous impact on student learning and they help students develop an interest in STEM subjects and careers. For many CMSD students, their connection with a Howmet volunteer is their first exposure to a STEM industry professional.

Howmet’s support impacts more than 700 students and more than 25 teachers each year and has reached 9,000 students since the program began.