What might look like an everyday socket wrench to some, was an introduction to mathematics and numbers for five-year-old Myra Blanco. The daughter of an auto mechanic and nurse living in Puerto Rico, Myra spent every waking hour in her dad’s garage—all the time learning lessons that would shape her love of STEM for years to come.

There was the time her dad helped her build her first car. One steering wheel from an old Mercedes-Benz. Scrap wood to build a chassis. Four mismatched wheels. And one pair of binoculars Myra would take with her everywhere. Those binoculars weren’t there to help her drive the car, they were meant for something even greater—to help her see the future and always look further out. That was something her father would encourage her to do over and over again.

When she was still in high school, her dad went to work as a technician instructor for Mercedes-Benz. Myra would travel to Jacksonville, Florida, to go to his classes—an experience that only solidified her love for automotive engineering.

But that’s only half of Myra’s STEM story. When she wasn’t with her dad, she would spend time after school visiting her mom while she was working at the hospital. Those experiences exposed her to science, the idea of keeping people safe, and the critical importance of trying to prevent pain.

The one constant throughout her entire journey? The motivation to do something that hasn’t been done before.

When she joined the SAE Collegiate Chapter and was the only female on the University of Puerto Rico Solar Car Racing team. Her ability to 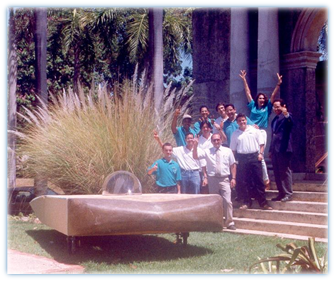 make things happen led to her becoming the team captain. Even though her team didn’t have a wind tunnel to test their car or enough funds to travel from Puerto Rico to Indianapolis, Indiana, for the Solar Car competition, her team found a way—finishing ahead of other universities that were located near major automotive manufacturing hubs. “I have always been a rebel since I was very little. The best way to get me to do something is to tell me not to do it,” Myra explained.

When she was invited to the Air Force ROTC Honor Society at the University of Puerto Rico and was told none of the other females were able to finish the program over the last 10 years, Myra took the challenge head-on and succeeded.

As Myra navigated her STEM journey, her parents and family were always there along the way to offer words of encouragement—even when her dad had to cut off her pigtails after they got caught in the wheels of a cart in his shop. “It’s really important to incentivize kids to do what they’re passionate about. Girls can play with cars. Girls can be great engineers. There aren’t any boxes kids need to fit into,” she added.

Myra now serves as Director of Advancement, Partnerships, and Outreach at Virginia Tech Transportation Institute where she strives to live their mission of saving lives, time, money, and protecting the environment. Following in her parents’ footsteps, she also continues to inspire young people like herself by connecting students with unique opportunities in STEM through her work at Virginia Tech.

Considering her grandparents didn’t own a car, it would be impossible to predict that Myra would one day combine the influences from her mom and dad to become a transportation safety engineer. When she was younger, Myra relied on her “binoculars” to help her see what was ahead. Now, for her, envisioning the future focuses on supporting the next generation of innovators. 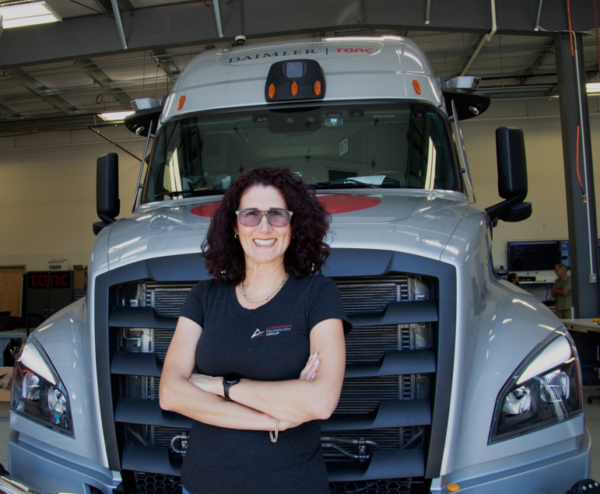 In 2019, everything came full circle when Myra had a chance to serve as a Senior Technical Fellow at Daimler, the parent company of Mercedes-Benz, during a sabbatical from Virginia Tech. Instead of repurposing an old steering wheel to build a car with her dad, this time she was helping to expand their safety program for automated trucks. She was quick to point out no pigtails were harmed in the process. Today she serves as Daimler Trucks Senior Safety Advisor.